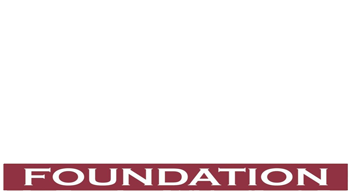 While it would be impossible to capture every moment of 2021, here are a few of the highlights that are particularly special to our team and our families:

During a major storm, CHF delivered. In February, as snow, ice and freezing temperatures wreaked havoc on Memphis, two UPS trailers of meal kits were stuck in Memphis and unable to be delivered to the shipper’s customers across the country. The shipper decided to donate all of the meal kits locally, and UPS asked Chris to help make it happen. The CHF team transferred 1,700 boxes packed with over 5,000 pre-packaged meals to the Mid-South Food Bank and eight other community organizations.

CHF partnered with the Financial Act in July, teaming up with a partner committed to relieving the financial burden of adverse life events on families.

Our founder, Chris Hope, received the John E. Bratcher Pioneer Award, also in July. The Award was given by the Teamsters National Black Caucus (TNBC) Memphis Delta Chapter, in recognition of Hope’s passionate work to uplift children and families impacted by childhood chronic illness. He was formally honored as the winner at the 2021 TNBC Educational Scholarship Gala, which provides high school graduates and first-year college students with grants to support their further education.

We were so pleased to make it on the Commercial Appeal’s Memphis Most list for 2021, winning Best Local Nonprofit Organization! We’re so grateful for not only everyone who cast a vote for us, but also our dedicated supporters and benefactors who keep us moving for families in need.

September was Childhood Cancer Awareness Month. On September 4, our sixth annual Light It Gold at Overton Square in Midtown celebrated the lives of those who struggle with childhood cancer, and came together with the goal of more research and ultimately a cure. Those gathered there helped us light 43 candles in honor of every single child diagnosed each day.

Also in September, we were thrilled to welcome Dr. Sherrie Hopper, a co-host of the Mighty 990 radio show “Chett & Sherrie,” to the CHF Board of Directors.

Our fifth annual CHF Race for HOPE 5K and 10K took place in October. Despite the rain, we were thrilled to see both familiar and new faces join us on a fun route around Downtown Memphis, and delighted to welcome virtual participants who ran and walked courses of their choosing between September 25 and October 2.

Thanksgiving at Le Bonheur: The CHF team celebrated a bit early at Le Bonheur Children’s Hospital, heading over to the hospital on November 23 with our friend Tom the Turkey. We were honored to participate in a Thanksgiving-themed trivia game and had the privilege of giving away Amazon gift cards to the kids.

We were also chosen as Chick-fil-A Mid South Community Champions during the month of November! Community champions are honored for enhancing the lives of youth in Memphis and throughout the Mid-South through education, mentorship, life skills, and hosting community initiatives.

We participated in the St. Jude Memphis Marathon last month, running as TeamHOPE and working to raise money in support of St. Jude Children’s Research Hospital. Donations to the treatment center ensure that families never receive a bill from St. Jude for medical care, travel, housing or food, and that cures continue to be found to save the lives of thousands more children each year.

Thank you to our incredible followers, donors and supporters for an incredible year. The Chris Hope Foundation is excited to further our mission in 2022.